Computer Centre of the University of Kerala was setup in 1977 for providing computer facilities for the research activities in the university. Being the only centre in South India with mainframe computing facilities, it attracted researchers from far and wide. In the present IT era the centre took up new challenges in the field of IT enabling of University administration. The centre meticulously follows the principles of business process redesign as a prerequisite of IT enabling. The centre has repositioned itself as a software development centre catering to the needs of the higher education sector of the nation. University Computer Centre is located near the administration block in the Palayam campus . Computer Centre is handling many IT projects for the University.

Computer Centre started functioning on a moderate scale with an IBM-1620, a Second generation computer donated by Vikram Sarabhai Space Centre (VSSC), Thiruvananthapuram. VSSC had not only installed the system in the University office campus but also had provided with the staff to operate it. This new computer facility introduced the general student community to the use of computers and gradually the computer awareness started growing and the need of computer utilization showed a rising trend.

In order to meet the growing needs of users, the University had decided to go for new large modern system and to start its own full-fledged department. With this in view, a third generation 16-bit machine TDC-316 manufactured by M/s Electronics Corporation of India Ltd, Hyderabad was acquired by the University with the grant sanctioned by the UGC and has established a separate department of Computer Centre during March 1977. After the successful completion of rigorous acceptance testing, the machine was commissioned. The history of Computer Centre starts from there. The Centre was formally inaugurated by the then Vice-Chancellor of the University Dr. R.S. Krishnan, on 16th July 1977. The computer facility was released to general users and student community by Sri. M.K. Hemachandran, the then Hon. Minister for Finance, Government of Kerala, on October 14, 1977.

The computer used at that time had a lower capacity when compared to current generation computers, but it was a powerful system available at that time. The TDC-316 Computer System had a configuration of Card Reader (600 cpm), Line Printer (600 lpm), two Magnetic Tape transports (37.5 IPS, 800BPI) and Disk Drive (7.25M Bytes). Later, a new building for Computer Centre was constructed. Computer Centre started functioning in the present building on September 10, 1984 and the functioning was inaugurated by the Hon. Vice Chancellor of the University Sri. Habib Mohammed. To extend computer literacy, Computer Centre started short term courses on computer related subjects on April 1987. Computer Centre was also recognized as a research centre of University of Kerala in 1987 and students opted Computer Centre as their centre of research. To meet the research and computing requirements at Karivattom campus, an extension centre of Computer Centre started functioning during October, 1988. To enhance the communication facilities, during January 1994, facility for e-mail was established through ERNET and this was the only e-mail facility available in the University. All the departments of the University made use of this facility for several years until the Internet became common. In September 1995, Post Graduate Diploma course in Computer Applications was launched at the centre. A website of the University was launched on a trial basis during 1997.

Computer Centre has designed and implemented an intranet in the University campus for use by different wings, for information sharing. The works for implementing WiFi networks for Palayam and Kariavattom campuses and modern Data Centre at Palayam are in progress and these will be commissioned soon. Steps for setting up of smart classrooms and Administrative Staff College for inter university activities are in progress.

Being a pioneering institution, the Computer Centre had many features and firsts to its credit. 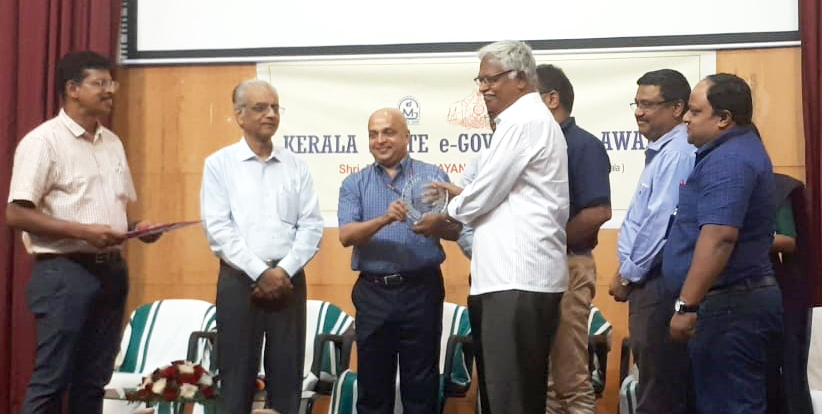